Over Christmas were commissioned to design and make the windows for Hermès across all it UK stores. It was a really exciting project for us as the brief was so broad and open to interpretation so after some thought we settled on this:

“Depicting the flaneur’s day dreams and thoughts as he absorbs the city, celebrating the architecture and utopian hopes of the first urban city planners creating a modern metropolises for the future under a blue sky. We create a world in which Hermès products become part of the city scene. The four windows depict scenarios from sepia photos of the city landscape, the flâneur by the river, in the parks, in the grand magasin, at the exhibitions, viewed through rose tinted spectacles.”

and in keeping with Hermès strong traditional craftmanship we set about designing and making intricate wooden architecture inhabited by Hermès products, paper trees and pigeons.  Many people contributed to the making process and it was very exciting to see it develop and come together. The Building Artworking, Paper trees and pigeons where sculpted and made at our studio by Esther Langley, Claudia Forsbrey, Beth Collier, Marie Isobel, Liria Pristine & Monica Storrs. Pewter Pigeon Feet cast by Chris Baxter, Plywood Printing and CNCing at Arc Printers, this was then constructed and installed by Set Builders Andy Knight. 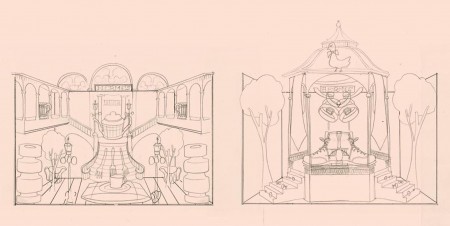 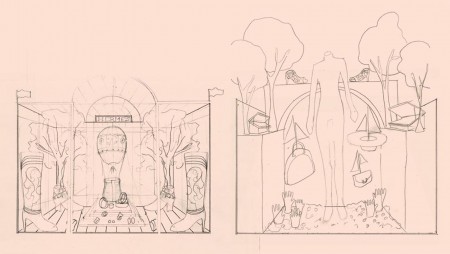 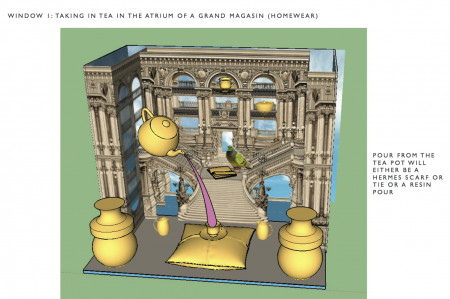 We then modelled up all the different window shapes and sizes. 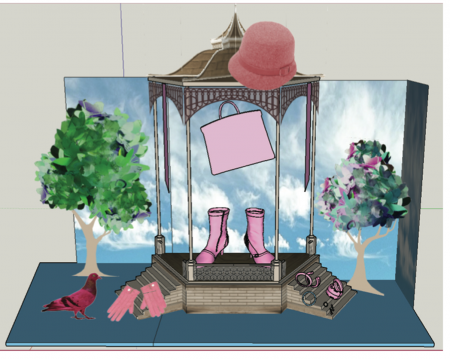 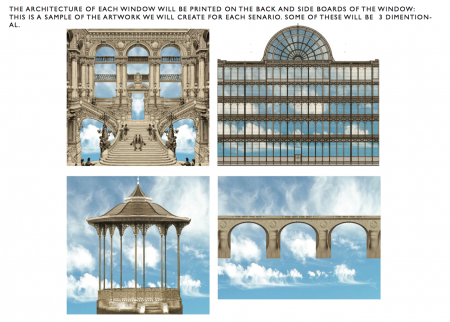 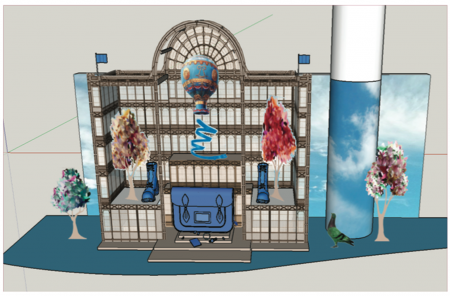 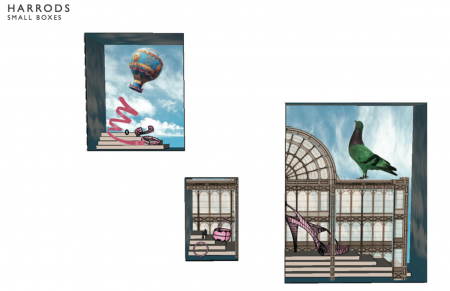 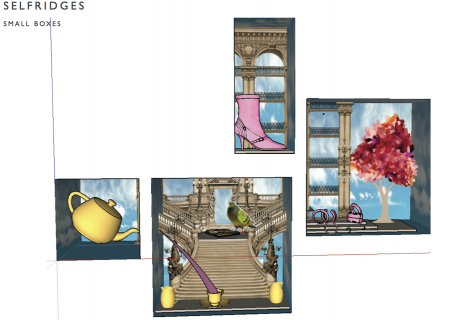 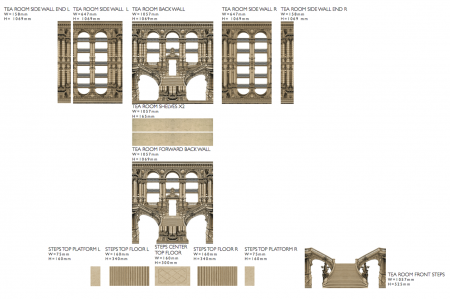 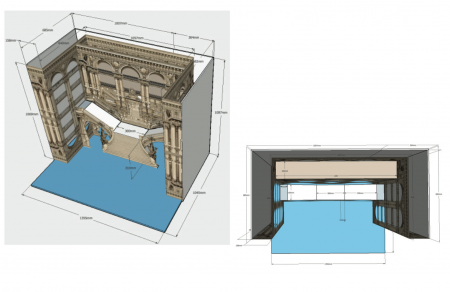 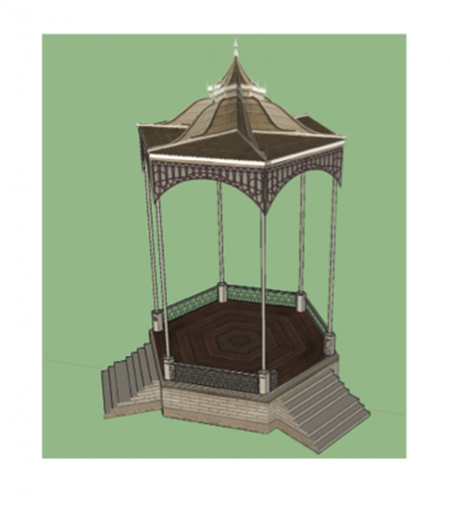 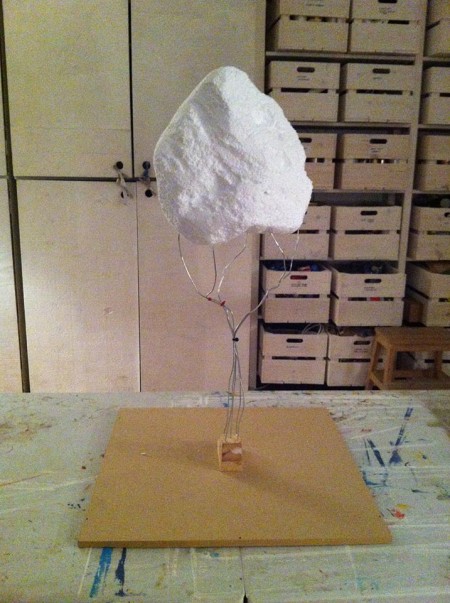 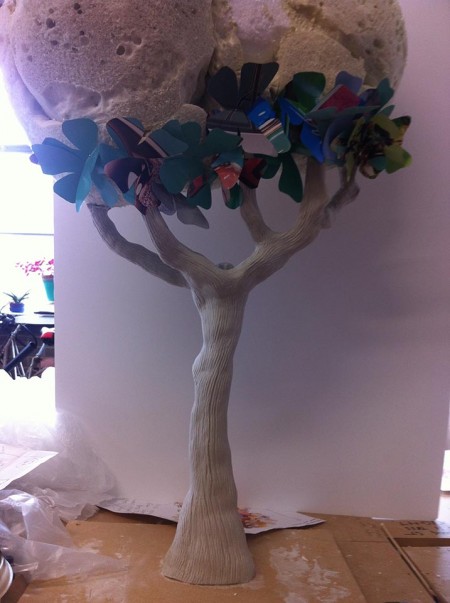 we added a bark texture 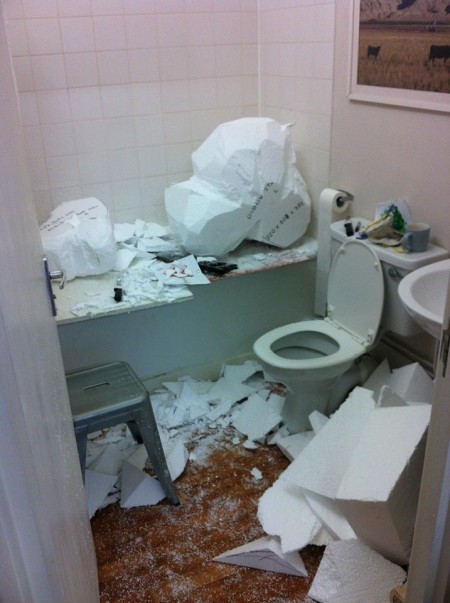 the studio Bathroom became the polycarving room to try to i keep the polystyrene snow contained! 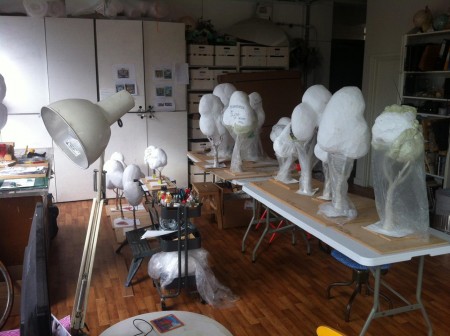 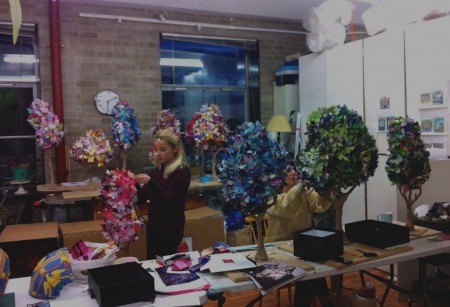 The paper leaves are then pinned onto the polystyrene 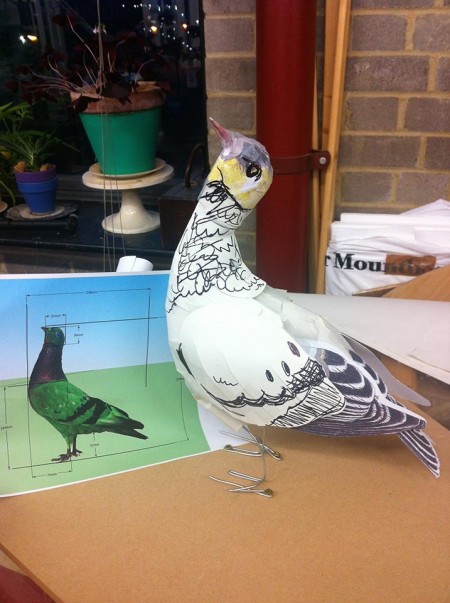 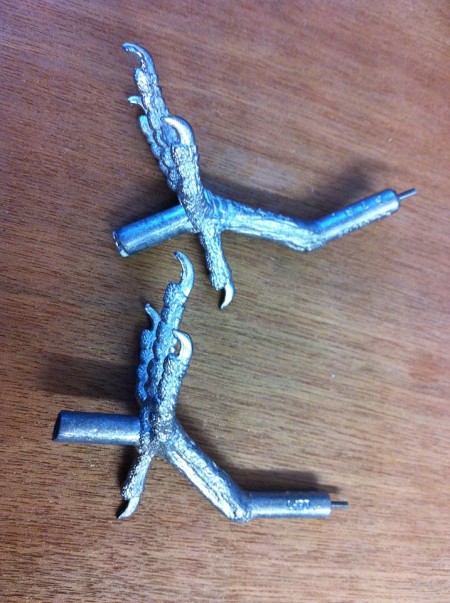 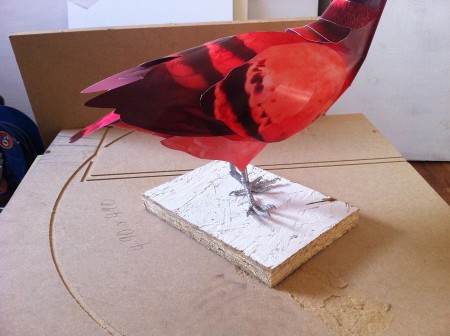 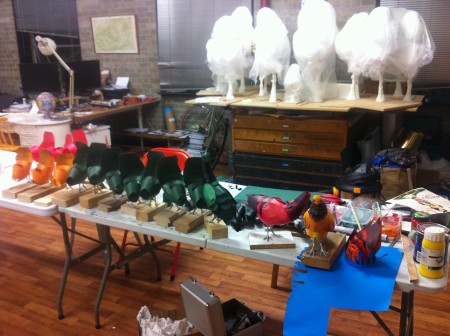 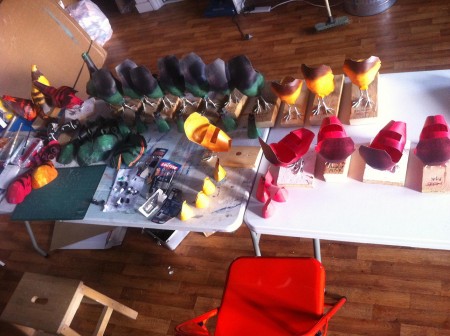 waiting for there heads to go on 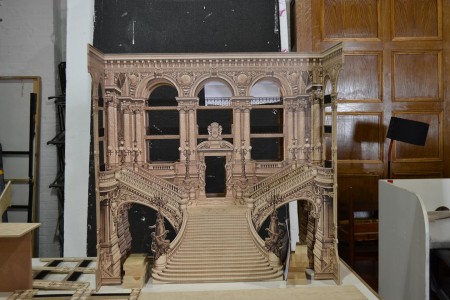 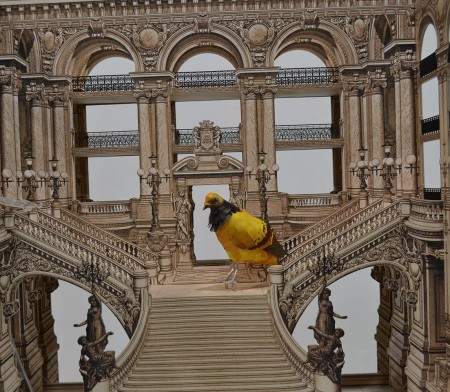 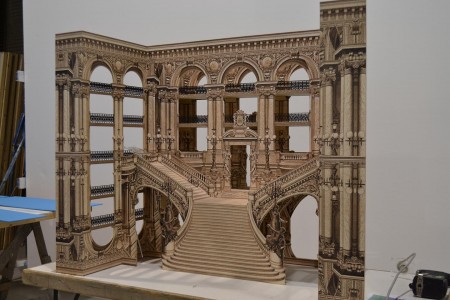 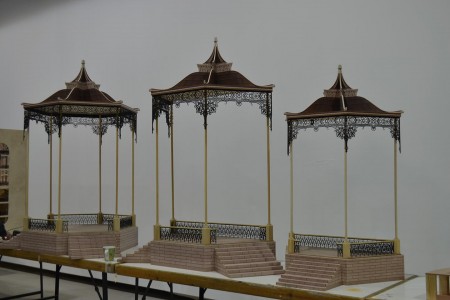 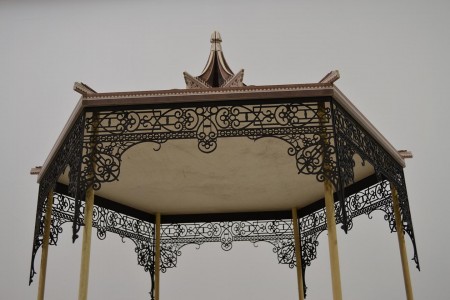 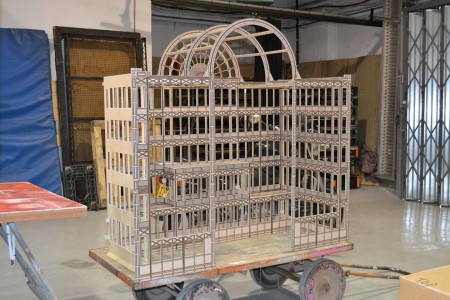 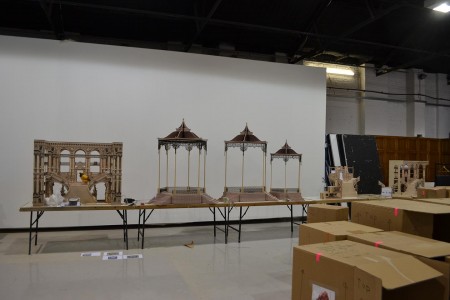 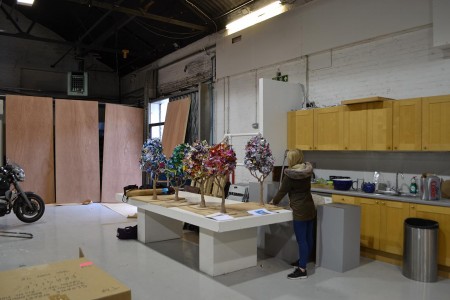 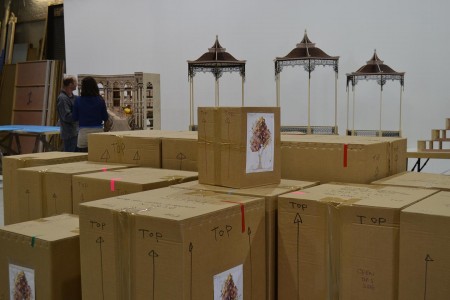 Packing up ready to install

I expect a lot of find out here future joint projects and collaboration.